@DodgePoetryFest In honor of the Dodge Poetry Festival: My interview with Billy Collins #DPF14 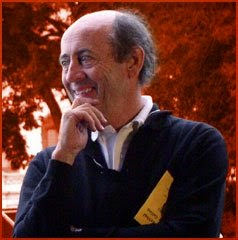 Billy Collins is one of the best selling poets in the country. In 2001, Collins’ skill was recognized big time when he was named U.S. Poet Laureate. Collins and The Dodge Poetry Festival share a common goal: to bring poetry into the lives of more people. To that end, Collins put together two anthologies of poems that he hoped would catch the ears of high school students: “Poetry 180: A Turning Back to Poetry” and “180 More: Extraordinary Poems for Every Day.” I talked with Collins about these books and the thrill he gets from writing.

Myers: Is there a poem of yours that seemed to come to you out of left field, that’s different than most of your work?

Collins: I think a lot of them come out of left field in that you never can see them coming. The inspiration for a poem usually takes me by surprise. When you are asked to trace back your thinking and reverse the process, sometimes it’s very hard to say what got a poem started. Other times it’s very clear, like a quotation or a statue you saw.

Myers: Now that you’ve said statue, I am thinking of your book, “The Trouble with Poetry and Other Poems.” [The poem is called “Statues in the Park.”]

Collins: It was a specific conversation I had with someone. We were walking in a park… I forget who the statue was, but it was a man on a horse and the person I was with asked me if I knew about what one hoof up or two hoofs up meant. [According to the poem, a statue of a horse rearing up on its hind legs signifies that the man on its back died in battle. If only one leg is raised, the man died elsewhere from his wounds.] I had never heard that. But I recognized right away [that would make material for a poem], because it had to do with death. It had to do with something common, like statues or parks, and it had a kind of code to it that was interesting… I right away leapt on that as having possibilities for a poem. And I think after you’ve been writing for a while, you get better at recognizing what little thought is worth developing and what one is just worth leaving behind.

Myers: How did you get better at recognizing the makings of a good poem?

Collins: I think just practice, trial and error, and spending too much time on poems that weren’t going anywhere, trying to force poems into being. Through that frustration you realize that you can’t completely force a poem into being. It has to sprout or grow on its own. You just nudge it along.

Myers: With poems that are very specifically laid out, do you plan those in advance or is it all just a ride that you don’t expect?

Collins: It’s kind of a combination. I don’t think too far ahead. I certainly don’t determine the tone. I might have a subject matter, say with that “Statues in the Park,” I knew that the subject of the poem was going to be statues in the park. It might have drifted away from that at some point. But I never know where a turn is going to take place. Turns or shifts are very necessary in my poems because the beginnings of my poems are uninteresting. Sometimes I know, here is the subject, statues in the park. But I never know the resolution. And I would say that 90 percent of the thrill of writing is moving toward an unknown destination which you are actually going to create. The poem is kind of a pathway to its ending. It’s the only way to access its own ending, and that progress through the poem to the ending is the most compelling part of writing for me.

Myers: Why are the beginnings of your poems uninteresting?

Collins: I tend to start simply. I don’t want to assume anything on the reader’s part. So, I start with something that everybody knows or a simple declaration, like I am standing here at the window with a cup of tea. You could look at that two ways: I am luring the reader in by giving the reader something easy to identify with, or I’m expressing a kind of etiquette – I don’t want to get ahead of the reader. I want to keep the reader in my company. If you look at the first three or four lines of many of my poems, they are pretty flat and ordinary. The hope is that having started with something simple and common, that gives the poem potential for improvement (laughs) so that it can get a little more challenging and move into more mysterious areas as it goes along.

Myers: Like the eye chart analogy that you used in the introduction to “180 More Extraordinary Poems for Every Day?” [Collins said that a poem designed to grant easy access to the reader is set up like an eye doctor's chart with the large "E" at the top standing for more easily discernible lines and concepts that get harder to see as the poem progresses to the bottom.]

Collins: That is exactly it. The first few lines are the big “E” at the top of the chart. I want everyone to see the big letter and then we can proceed. Then at some point we will reach, what in the eye chart would be called illegibility. In the poem, it would be called mysteriousness. This is where the poem has moved into where poetry belongs, which is the area of the ineffable.

Myers: Writing a news story, I would be scared that if I started with a “flat” lead (beginning) the reader wouldn’t go further.

Collins: I think that readers of poetry are often delighted to encounter a poem that begins without mystifying them. So many poems challenge the reader in the first few lines. If a poem begins in difficulty, I don’t see how it can change its coloration. I suppose all of my poems have the same pattern—that you begin with something rather flat. But the attempt is to put the reader in a multidimensional area in the end.
Posted by Gene Myers